The Enemy of One-Person, One-Vote Democracy 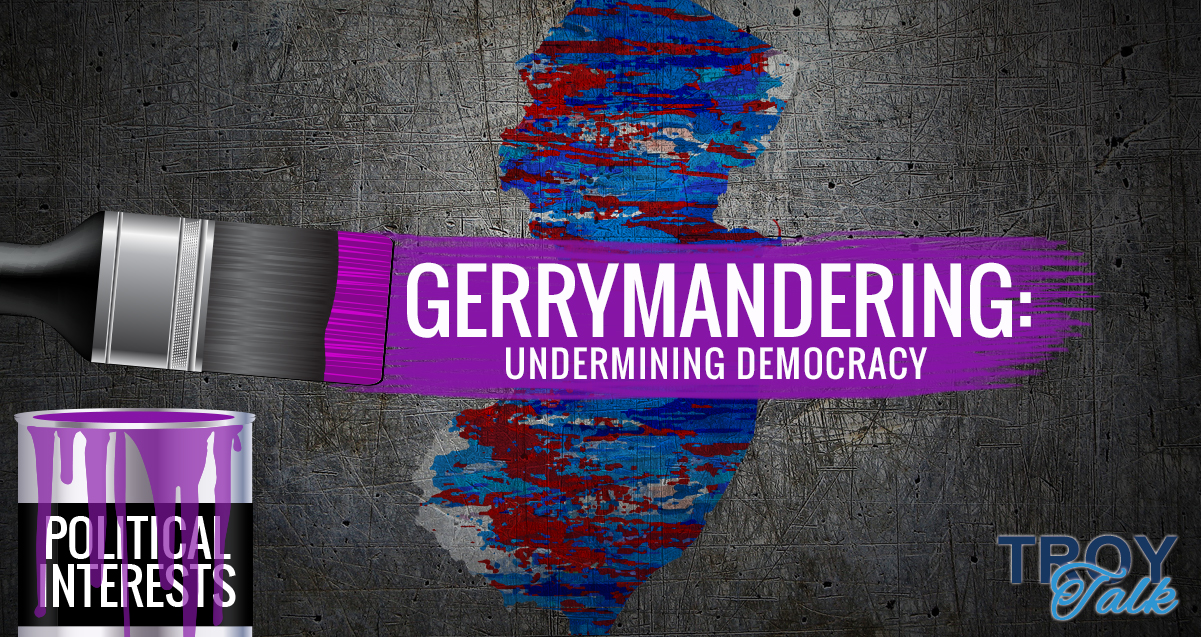 If you examine the boundaries of election districts, you cannot help but notice that somehow they seem rather oddly shaped, and their configuration is not necessarily a coincidence.

The practice of creating election districts to benefit a specific candidate or party goes back to the founding days of our country. (Indeed, the term, gerrymander, appeared for the first time in 1812 when a Boston newspaper applied the word to then-Gov. Gerry and the salamander-shaped district he created in an attempt to give his party an electoral advantage.)

One of the great many frustrations that voters are expressing this election cycle is that they feel the system is rigged against them. One thing emblematic of this frustration is the manner in which our candidates are chosen based on the creation of election districts. Too often, the redistricting process is used not to ensure electoral fairness but rather to shape boundaries that favor one political party or candidate. This gerrymandering compromises democracy and helps to create the polarization we see in government today.

But gerrymandering isn’t only about giving an unfair advantage to individuals or political parties. Gerrymandering has been an electoral weapon used to exclude or diminish the voting impact of people because of race and religion.

This is why I sponsored a proposal in the legislature to allow citizens to have input into how we craft our state’s legislative election districts. While New Jersey has an Apportionment Commission and uses the decennial census as the basis for any changes, political parties continue to have significant influence in how those boundaries are drawn to favor one party or another.

My proposal would have the nonpartisan New Jersey Office of Legislative Services prepare the maps in a fashion that would favor neither party. It would also exclude any elected official from serving on the commission. The commission would also be required to hold more robust public hearings to gather feedback from the electorate.

If we depoliticize the process, it will allow us to create more democratic and representative legislative districts. An Associated Press report noted that minorities represent two-fifths of the population in the United States, yet they hold less than one-fifth of legislative seats. (The AP culled the data from the U.S. Census bureau, Congress and the National Conference of State Legislatures.)

Racial gerrymandering occurs when officials split the minorities into different districts, thus diluting their voting power or, conversely, packing them in one district and reducing the chance of minorities gaining several seats.

There does appear to be some momentum to halt this practice. Recently, four politically potent states — California, Florida, New York and Ohio — have taken steps to change the process of redistricting. All the plans might vary, but the crux of the approach is to take the process out of the hands of politicians and place it in the hands of independent commissions populated by citizens.

David Mellet, campaign manager for Independent Maps, told the Associated Press, “If you remove the partisan intent, then you make it much easier to draw maps that are fair to everyone, including minority groups.”

One important part of my proposal is that it places a responsibility on the commission to “apply a test to any independent plan or partisan plan to ensure that districts in the plan are compact, contiguous, preserve communities of interest, and in compliance with the principle of one-person, one-vote and federal law."

In plain language, it means that we will have a fair, open and workable redistricting plan every 10 years to more accurately reflect the makeup of our districts and the voters who live there. By working to create election districts that achieve this goal, we can better ensure that our districts are made up of different viewpoints and ideas. This will allow those in public office to expand their own thoughts and ideology to better reflect a divergent electorate, and hopefully bring forth greater political consensus.

This is why I introduced ACR-93, which supports reforming our state's redistricting process so that it is more independent, transparent and inclusive of public input. As President Obama said in his State of the Union Address, “We’ve got to end the practice of drawing our ... districts so that politicians can pick their voters and not the other way around.” I wholeheartedly agree with the president on this. That’s my take, what’s yours?