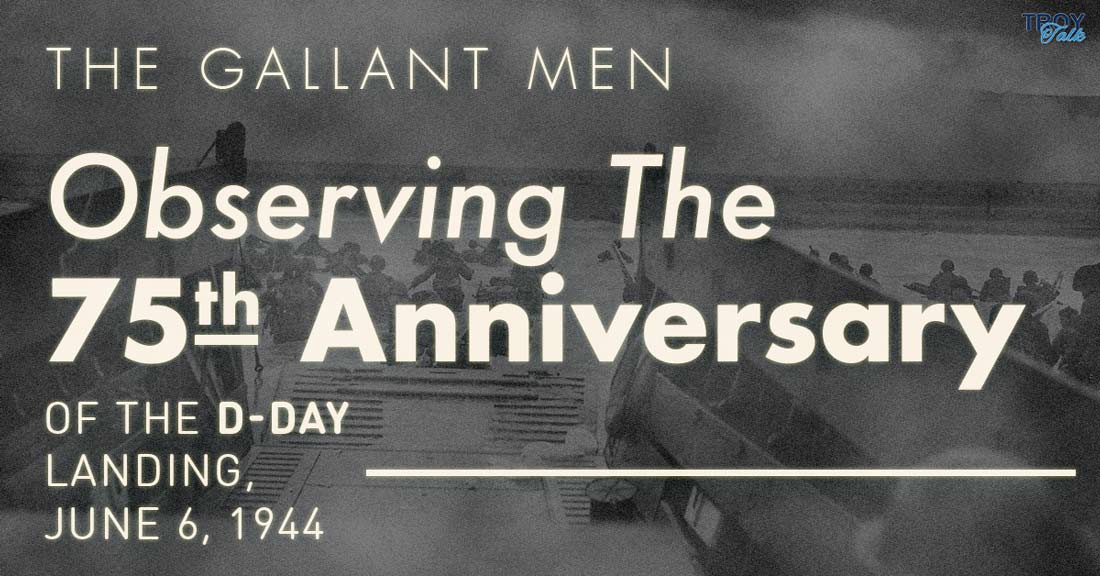 Allied forces, led by the United States, Great Britain and Canada launched the greatest amphibious operation in the history of humankind. The greater, overarching effect of that event, of course, remains with us to this very day: A democratic Europe.

The carnage at D-Day was appalling and the courage overwhelming. According to the National D-Day Memorial Foundation, there were 4,414 Allied deaths that day – 2,501 of which were Americans. To have a sense of what the Allied Forces had to encounter we only need to recall the word of Col. George A. Taylor, commanding the 16th Infantry Regiment, 1st Infantry Division, on Omaha Beach: “Two kinds of people are staying on this beach: the dead and those who are going to die.”

(In the movie “The Longest Day,” the actor Robert Mitchum delivered this quote as Brig. Gen. Norman D. Cota of the 29th Infantry Division.)

While the Americans, British and Canadians led the brunt of the assault, they were not alone. The cooperation and commitment that led to the success of this gargantuan amphibious operation were shared among other freedom-loving nations that provided troops. A total of 11 other democracies including Australia, Belgium, France, Czechoslovakia, Greece, New Zealand, the Netherlands, Norway and Poland participated.

On this 75th anniversary, the media will fittingly provide us with a glimpse of this heroic effort through films, documentaries and articles about the invasion.

There is one compelling feature of these remembrances that one cannot ignore. It is how youthful many of the soldiers were who carried the future of European democracy on their shoulders. Yet they went up against the massive defenses that the enemy had constructed.

I like to think that the spirit and willpower of believing in democracy won out. It is also particularly compelling for those African American soldiers, who fought gallantly alongside their white counterparts, only to be denied their piece of that democracy which their bloodshed was seeking to preserve.

Today, we seem detached or in conflict with our European allies on a broad range of topics. I would hope that we can somehow find that thread, indeed, a sturdy rope, to which we can share again for the sake of our mutual interests.

American soldiers and their allies did so 75 years ago, bravely and gallantly. They should inspire us to find common ground today.

D-Day by the Numbers