The Men In Our Lives 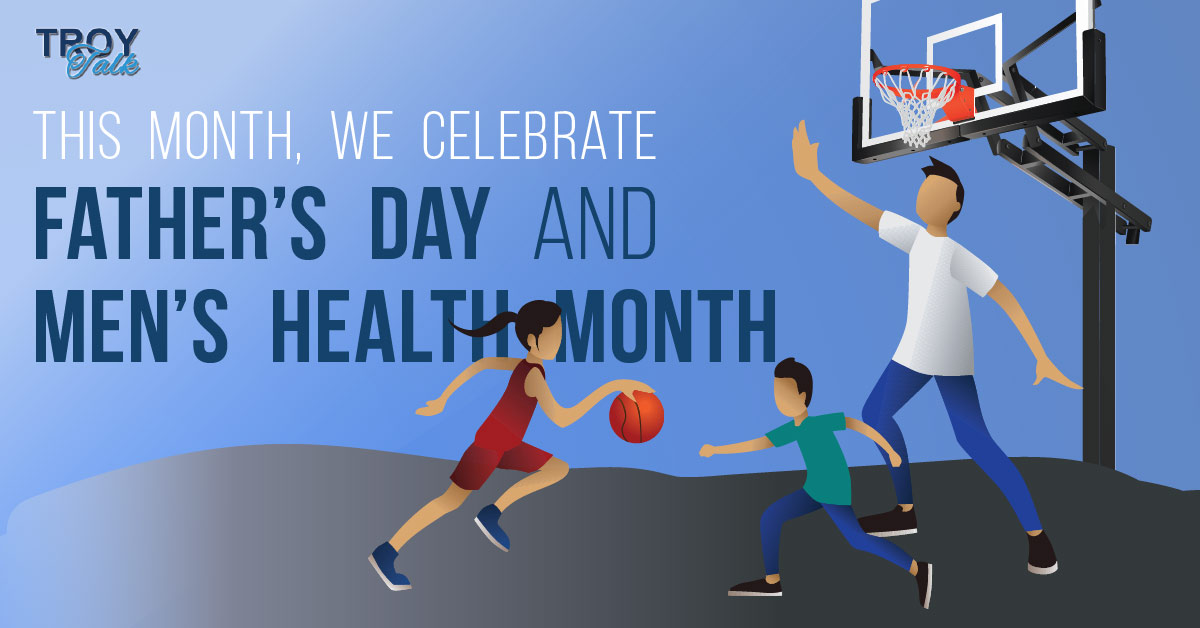 Father’s Day hopefully brings back memories of the good times you have had with your dad. There’s nothing better than seeing him in your life or dwelling on memories if he has passed.

I was fortunate enough to have a dad in my life who served as an example of exceptional character. I always knew that I could count on his support, advice and to just be that someone to lean on when things got tough or when I needed a voice to help clarify what I should do. Many days I wish that I could engage him again to hear his baritone invoke his often said line to me of, “I can’t tell you what to think, but here’s what I would do.”

But Father’s Day is something more. According to the United States Census Bureau, 24 million children, 1 out of 3, live without their biological father. Fatherlessness is a growing crisis in our country. And when you think about its effects, it can form the foundation from which many challenges and problems stem. Research shows that when fathers aren’t around, young people are more likely to drop out of school, use drugs, be involved in the criminal justice system, and become young parents themselves. So, what do we do?

If you had a great father or if he was absent in your life, you can still make a difference by being a role model to younger men who might be unaware of the demands of fatherhood and how they should accept the conduct associated with being a dad. I also have to pause to acknowledge all of the women who are wearing both hats of Mom and Dad in their children’s lives. You shouldn’t have to walk this road alone. The often quoted proverb of “it takes a village to raise a child” underscores that this important job cannot be borne on the shoulders of just one parent or one family alone…it is a shared responsibility that we all must embrace.

Now neither I, nor any member of government, can legislate fatherhood. I cannot make a man spend time with his children or give unconditional love to his son or daughter.  However, what I can and what we should do is to provide the tools necessary to help a man accept his responsibility. Simply put, the stakes are too high if they fail.

I recently re-introduced an initiative I sponsored in previous legislative sessions that would promote the participation of both parents in the lives of their children, identify needs and priorities related to fatherhood programs in the state, and support the contributions each parent brings to the family unit. Senate Bill 2619, establishes the New Jersey Council on Responsible Fatherhood in the Department of Children and Families. Its purpose is to identify the needs and priorities relating to fatherhood programs in New Jersey. The goals of Responsible Fatherhood Initiative included:

Many different factors might inhibit a father's involvement in his child's life. Whether it's a strain in the relationship with a child's mother, somebody who never had a positive male role model in their life as a child, or simply an individual who hasn't learned to take responsibility, the goal of this initiative remains to promote positive interactions between fathers and their children and identify obstacles that impede or prevent their involvement in the lives of their children.

Fatherhood is one of the greatest responsibilities a person can have, and it is certainly not one to be taken lightly. Whenever fathers can be encouraged and supported to develop and maintain more meaningful relationships with their children, the outcome can only result in benefits to our society.

I know firsthand that being a father is one of the most rewarding experiences that a man can have in his life, but unfortunately there are men who have a hard time stepping into that role. By facilitating fatherhood and emphasizing its importance, New Jersey can act to build stronger families and a better future for our state.

June is also Men’s Health Month, which tries to “heighten the awareness of preventable health problems and encourage early detection and treatment of disease among men and boys,” according to menshealthmonth.org. And that topic of health also applies to men who need to feel better about themselves, especially those who are making an honest effort to improve themselves and take responsibility for their actions.

That’s why on June 9, I am partnering with UIH Family Partners in their “Dress2Impress” Program for men who need suits and professional clothing for job interviews. My volunteer team and I will be sorting and organizing all the donated clothes, which will help to prepare them for upcoming employment opportunities. UIH provides encouragement, interview preparation and hopefully a step toward a healthier and more fulfilling life. June is a good month to think of the man or men in your life. That’s my take, what’s yours?

My father gave me the greatest gift anyone could give another person, he believed in me.
Jim Valvano