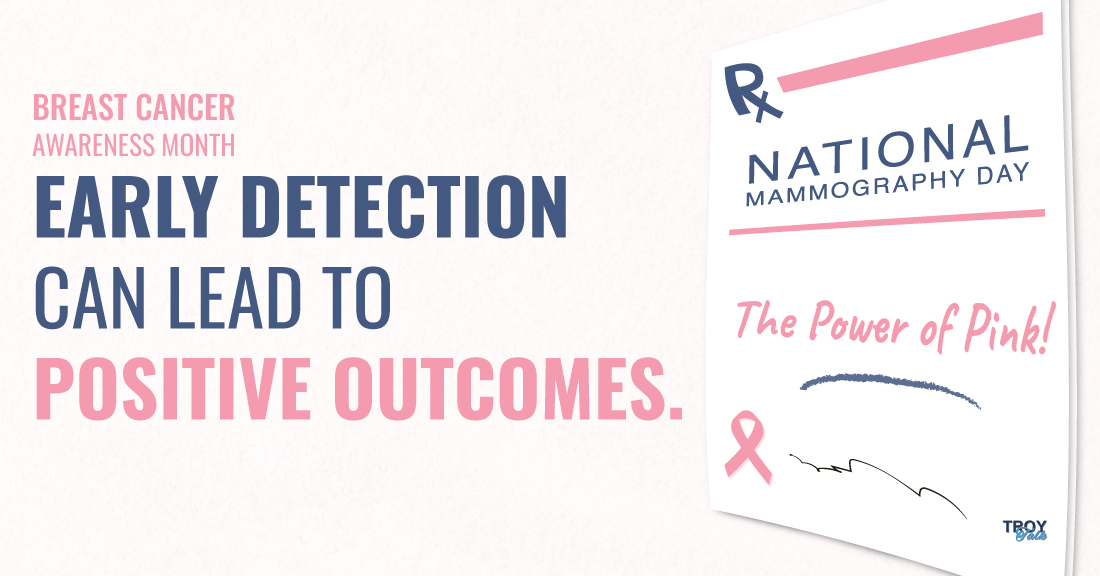 The unfortunate numbers. Breast cancer leads the list as the most frequent type of new cancer cases in New Jersey for 2019, according to the American Cancer Society. But, with a regularly scheduled mammogram, there is hope that early detection can lead to positive outcomes.

Tomorrow, Oct. 18 is, National Mammography Day, and I can’t stress more strongly that the time is now for women to have a screening. If you are already conscientious about having one in a timely fashion and follow advice from your medical provider, then kudos to you. But for those of you who delay for all those “other” reasons, I urge you: Don’t. Make your appointment today or certainly by tomorrow.

Mammography is not a cure-all, but it remains our single most important tool that we have to detect breast cancer at an early stage, thus allowing the individual a greater chance of treatment and survival if they receive bad news. You’re asking, of course, why this emphasis on a mammogram? A mammography “can find most breast tumors up to two years before they can be felt by hand,” according to the esteemed Cleveland Clinic. Those two years can be the difference between more effective treatment and even life and death.

And as we have repeatedly learned, early detection is the key ingredient in identifying and treating this disease.

While I have been vocal and vigorous in urging women to obtain a mammogram, I’m quite aware that some people might lack the medical coverage or the economic resources to have one. I’ll be blunt: No woman, in New Jersey or anywhere in the United States, should lack access to have a mammogram because of money.

Do not allow financial worries about this to prevent you from obtaining one. You can visit Free Mammograms in New Jersey where it lists “clinics and facilities that provide free mammograms and other diagnostic procedures at little or no cost.”

We often repeat the adage that education is the first line of defense in one’s health. I believe this applies to breast cancer, and it’s important to recognize the signs and symptoms.

Some recent media reports have said that for some women getting a mammogram exam annually is unnecessary. The safest answer to this question is to discuss your status and personal medical history with either your primary physician or your gynecologist.

There also appears to be a growing trend that suggests some women are avoiding getting a mammogram altogether. This is unfortunate and poor recognition of the facts. Especially when considering that 1 in 8 women have a lifetime risk of getting breast cancer. “This means for every 8 women in the US, one will be diagnosed with breast cancer during her lifetime,” according to Susan G. Komen.

“Shockingly, only about 67 percent of women above the age of 40 report having a mammogram within the last two years,” according to Solis Mammography. “And the annual lack of compliance rate is even lower at around 50%. As mammograms are capable of detecting signs of breast abnormalities before symptoms occur, it's imperative that women are screened regularly to reduce their risks. So, why are so many women choosing to forgo this vital procedure, and why are we allowing it to happen? A failing grade is unacceptable for our children in school, and it should be unacceptable for women’s breast health.”

We know the numbers; we know the people affected (women we love) and we know the first line of defense: a mammogram.

The next step is to urge those you care about to get a mammography. Just ask. If they haven’t had a mammogram within the year, insist that they make an appointment. Make it for them if you can and take steps to ensure that they keep the appointment.

One final word on this issue. If the woman in your life is in the age bracket that calls for a mammogram annually but hasn’t had one, do not berate or scold her. Just make the appointment for her and ensure that she keeps it.