The Price of Intransigence 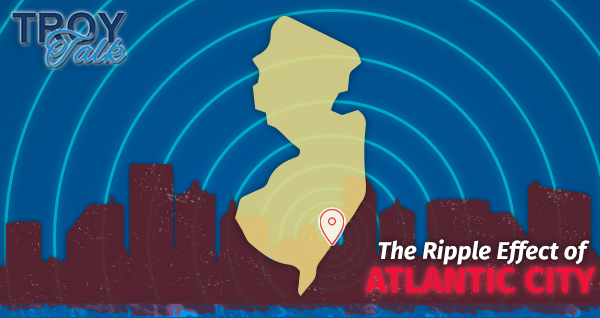 The current plight of Atlantic City has ripple effects that go far beyond the shores of the Southern New Jersey coastal community. Its economic collapse has slowly damaged a region and created an environment where added investment into New Jersey’s gaming market has been chilled. As an elected official and a construction tradesman, I see firsthand every day how the lack of a comprehensive plan to rebuild and reinvent Atlantic City affects the lives of thousands of New Jersey families. This inexplicable lack of a plan also will limit what many of us believe to be a potential lifesaver for Atlantic City, the expansion of gaming and the ensuing resources that will be sent back to the community to hasten that reinvention.

When I, and many of my colleagues from both sides of the political spectrum, voted affirmatively to allow for the expansion of gaming into Northern New Jersey one of the main selling points was the notion that a dedicated stream of financial resources would make its way back to Atlantic City. This is a critical component of how Atlantic City will be able to not only sustain itself over the next several years, but also to grow from where it is today into something new and more economically diverse. However, the current confluence of ego and obstinance in our state’s capital has left the thousands of jobs that will come from the expansion of gaming and the necessary financial lifeline associated with that to Atlantic City hanging by a tenuous thread.

Some may question as to whether or not the debate over the state of Atlantic City’s intervention and the expansion of gaming are linked. They would be right to express initial confusion as to the linkage. However, if you give it a moment of clear thought you will see that they are. Those who want to invest in the expansion possibility have become reticent to engage when the environment surrounding the expansion of gaming has been poisoned by the ongoing cantankerous debate surrounding Atlantic City. The thousands of New Jersey men and women whose financial livelihood depends on us getting this right, both for Atlantic City and the new projects in Northern New Jersey, are hanging in the balance.

I look at many of those faces every day when I visit jobsites and union halls throughout our state. I see the apprehension and concern on those faces when they ask if the projected over $2 billion dollars’ worth of construction will still happen with everything going on in Trenton. I also feel their frustration and anger when I tell them that I don’t know.

When talk of the expansion of gaming into Northern New Jersey came about, it was clear that in order for it to come to fruition elected leaders from across the state had to work together to ensure a model that would work for our entire state. With some fits and starts, we were able to accomplish that goal. However, if we do not develop a similar approach with regards to the future of Atlantic City, all of that work and the billions of dollars of economic opportunity poised to be injected into our state will be lost. And, losing this opportunity is a bad bet for New Jersey no matter what part of the state you call home. That's my take. What's yours?