The Saga of Your Money: The Struggle Continues 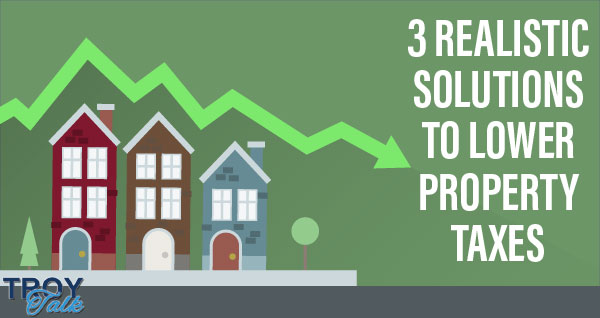 One of the great privileges that I have been afforded during my current term in the Legislature is the honor of being the Chairman of the Assembly State & Local Government Committee. This committee has wide jurisdiction over various aspects of government services. The area that I have tried to make a particular focus of the committee is with regards to property taxes. No singular issue causes as much frustration and oftentimes anger for New Jersey residents then the seemingly endless struggle for our government to bring this issue under control.

Every committee meeting I have held, thus far this year has moved forward some proposal to reduce this burden. And, I have tried to do this by subscribing to the idea that I was taught early on in life, that there are no monopolies on good ideas. And, an inherent desire to address this issue is not solely the purview of one political party or another. Rather it is a confluence of ideas and policies that when not shrouded in political ideology can drive us forward towards solving this vexing issue once and for all, regardless of who gets the credit.

These collaborative efforts have led to what I believe are new bipartisan approaches that if enacted will make a difference in our family’s bottom lines. The most prominent of these efforts is my committee’s work on the energy tax receipts/property tax relief legislation, A-302. I believe that this proposal is both fair and is poised to have the greatest impact on New Jersey homeowners.

The state collects about $1 billion from utility companies, annually. These companies do not pay property tax; yet have use of public lands for infrastructure purposes that might include power lines, pipes, power plants and substations. This also includes fire and police protection that these companies receive.

New Jersey mayors maintain that the state should have then returned the full allotment of these funds back to the municipalities. Instead, the state has used these monies and dropped them into the general fund, sending a relatively meager portion back to the various communities. Because of this, many communities all across our state are being shortchanged on the critical municipal aid that could go towards reducing their residents property tax burden. Our taxpayers feel beleaguered. No one wants to boast of having the highest property taxes in the United States. The proposal we have sponsored would seek a return of these funds, amounting to about $331 million and would specifically be dedicated to reducing the amount of money that homeowners pay which makes up the municipal tax levy. It would begin in fiscal 2017 and continue for five years. Here is a link to the bill.

Another proposal, A-2901, is an idea dubbed the “property tax reward” program that applies to those purchasing goods and services in their community. When a resident uses a “reward” card for local purchases, a small percentage of what each person buys goes to the municipality, which they then apply to the individual property tax bill.

Property tax owners would get to see a reduction on their property tax bill by shopping locally, and local store owners and merchants would benefit from the increase in business. This is a great way to incentivize people to support local businesses, help drive foot traffic to local shops and businesses,build a robust local economy, all while taking a bite out of your property tax bill. Here is a link to the bill.

Finally, I also worked to advance the Volunteer Property Reduction Program, A-612, which allows residents over 60 to earn tax credits of up to $1,000 for work on behalf of their municipality. The municipalities could decide on the nature of the work. None of these volunteer efforts, however, would replace any government employees. Here is a link to the bill.

Throughout all these efforts, instead of contributing to the rhetoric about lowering property taxes, I, and my colleagues, have proposed realistic and workable answers so that ALL citizens can find a degree of relief based on fairness. That’s my take, what’s yours?