The Sweetness Of New Jersey: Our Blueberry Crop 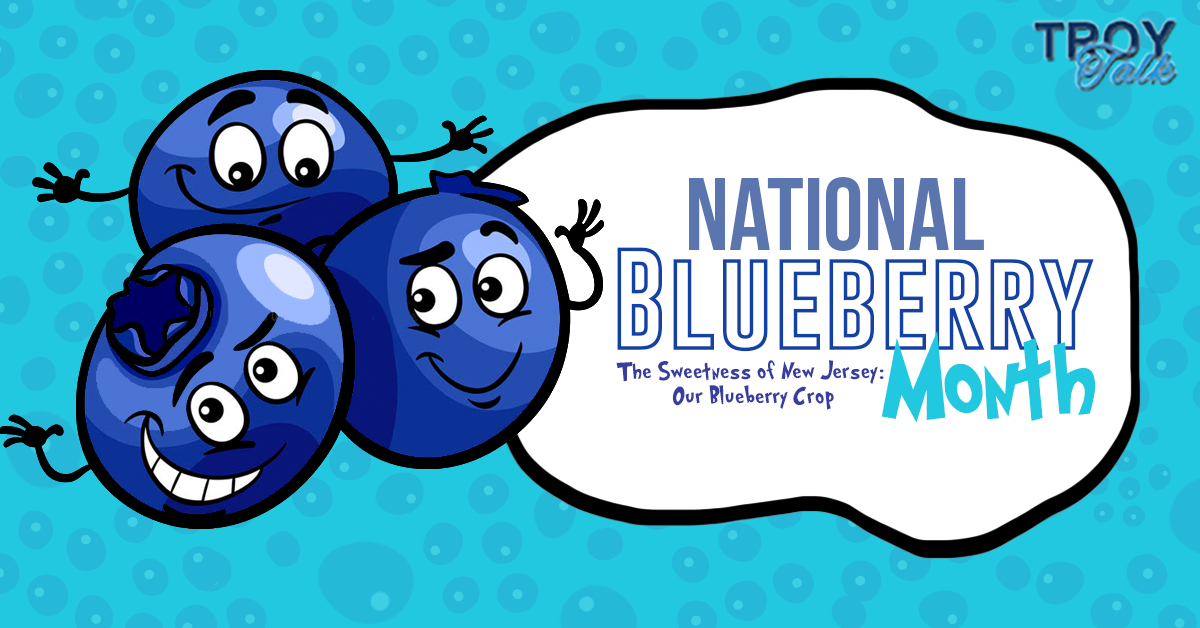 It is National Blueberry Month, and in New Jersey….this is a big deal! The highbush blueberry is the official state fruit and New Jersey remains among the nation's top blueberry producing states. Blueberries are one of the more lucrative crops produced here in the state. Combined, with cranberries, they produce upward of two-thirds of all fruit industry revenues in New Jersey. And there’s a legitimate homegrown feel to blueberries because they are also one of the few fruits native to North America.

The 1999 U.S. Department of Agriculture (USDA) proclamation that set July as National Blueberry Month calls upon "all citizens to recognize and celebrate the highbush blueberry with appropriate ceremonies and activities." Additionally, the USDA Human Nutrition Research Center on Aging has said that studies show a diet including blueberries may improve motor skills and reverse the short-term memory loss that comes with aging or age-related diseases such as Alzheimer's.

Indeed, when you review the health benefits, it’s a wonder everyone doesn’t eat them. Here are several examples:

And if you like statistics, New Jersey blueberry growers harvested almost 44 million utilized pounds from 10,000 acres, according to the New Jersey field office of the USDA’s National Agricultural Statistics Service. The value of utilized production was almost $84 million for 2017, the highest since 2011. Average price, at $1.91 per pound, was the highest on record. The previous high was $1.67 in 2007.

While blueberries are particularly nutritious and healthful, it’s the taste that matters. If you would like some mouth-watering recipe ideas, visit  https://bit.ly/2Je1otn. Or, if you’d like the experience of picking your own blueberries with your family, visit Johnson’s Farm here in Burlington County where you can pick them through July!

All this comes down to a simple question: Who doesn’t like blueberries? Their allure attracted no less a famous poet than Robert Frost, who had blueberries in mind when he wrote a poem titled Blueberries. Here are the beginning four stanzas:

“You ought to have seen what I saw on my way

To the village, through Mortenson’s pasture to-day:

Blueberries as big as the end of your thumb,

Real sky-blue, and heavy, and ready to drum …”

My final word on blueberries. Don’t just read about them. Go out, buy some and then eat them. You won’t regret it. You’ll reward your taste buds, help contribute to a healthy (and tasty) diet and add to our statewide economy. That’s my take, what’s yours?