The Tipping Point of the Foreclosure Crisis 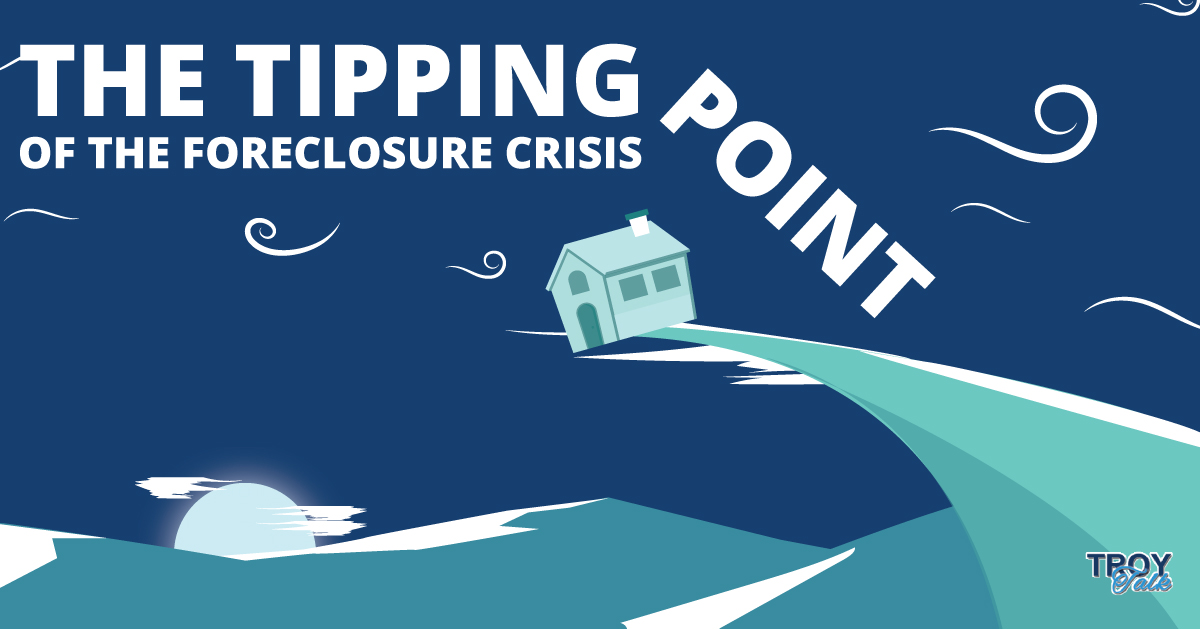 A crisis can be defined as a critical point in history, a time when difficult and challenging decisions must be made. This is the point at which New Jersey’s ever growing foreclosure problem had reached – the critical juncture of a crisis.

The foreclosure crisis affects all of us in one way or another, directly and indirectly – whether we are the homeowner losing our home and years of hard-earned equity, or the neighbor who lives next door to an abandoned property or someone whose home value has decreased because of a foreclosure nearby - its consequences are far reaching. Foreclosures have uprooted families, caused boarded-up homes, and contributed to neighborhood blight throughout our state.

Over the past decade, the eruption of the mortgage industry that rattled the nation left New Jersey with the unwelcome fallout of massive amounts of foreclosures. In fact, more than half of all properties in foreclosure in New Jersey were first purchased between 2004 and 2008.

Essentially, the American Dream of homeownership instead became a real-life, terrifying nightmare. As a result, New Jersey earned the dreadful distinction as the state with the highest rates of foreclosed homes in the nation. Our foreclosure numbers were hitting record-breaking highs, while the rest of the country was experiencing their lowest rates in more than a decade.

However, I believe we have reached a turning point. While New Jersey still outpaces the rest of the nation in foreclosure activity, we are seeing signs of hope. Last year, there were 18,801 foreclosures started compared to 21,274 in 2017. That is a 12 percent decrease. And, the number of foreclosures that were initiated in 2017 was 23 percent less than the year before. Additionally, the number of foreclosure cases in our courts has been drastically reduced from 144,032 in 2011 to 27,229 active cases in 2018.

To further address the foreclosure crisis, New Jersey Supreme Court Chief Justice Stuart Rabner created the Special Committee on Residential Foreclosures, which released its findings in a report last September. In this report, it identified more than a dozen ways to ensure a timelier and fairer foreclosure process in our state.

In order to implement these recommendations, I introduced a package of ten bipartisan bills last month that would make needed reforms to the foreclosure process. Working with my colleagues in the Legislature - Senators Steve Oroho, Dawn Addiego and Ron Rice and Assembly Speaker Craig Coughlin - we brought various housing, banking, and community stakeholders together to further refine those recommendations and shape this bill package into a pragmatic blueprint designed to forcibly address this issue.

These proposals include: improved access to mediation programs so that homeowners are more aware of their eligibility to participate; expedited timeframes for homes to get back on the market so that they do not have time to become blight; creation of a centralized and updated database of foreclosed properties so that foreclosures can be better identified by developers who may want to purchase and renovate the homes; inclusion of contact information for vacant properties, which would allow municipal officials to crack down on creditors who are not properly maintaining them; and funding for homeowners who need help with their mortgage payments.

While this issue is not new, the comprehensive approach outlined in this bipartisan bill package is. It seeks to build upon the continued reduction in pending foreclosure cases and shortened timelines to adjudicate these cases. This further reflects the cooperative work undertaken by the executive, judicial and legislative branches of government collaborating to address this issue.

Do I believe that New Jersey’s foreclosure problem escalated to the point of a crisis? Yes, absolutely. But, I also feel that we are at a tipping point, where through a series of significant statutory changes to the foreclosure process, each can have a greater, residual impact on the economy in New Jersey. By solving the foreclosure problem, we will most importantly help people to stay in their homes, but we will also help to increase property values, stabilize our communities, and improve our overall economic outlook.