The Ugly Surprise of Out-of-Network Healthcare 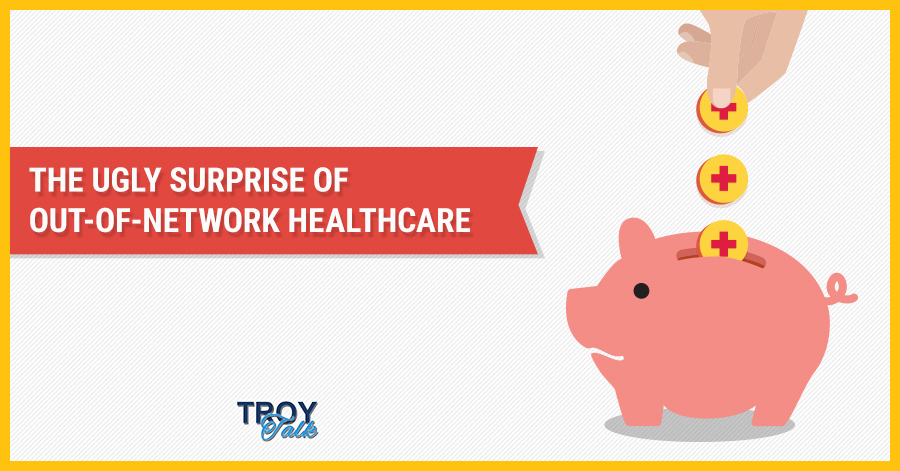 You’re about to go “under” for a surgical procedure, and just before they administer the anesthesia, someone arrives at your bedside and says, “Mr. Smith, we forgot to mention it, but the anesthesiologist is not in your network. Don’t worry, though. Everything will be fine.” You wake up, go home, and a few days later, a bill arrives. It appears you’re going to pay an unanticipated $1,000-plus for that out-of-network doctor. Oh, no one told you the cost? Sorry. Maybe next time.

There should never be that kind of “next time” for consumers in New Jersey. Yet my example, if slightly exaggerated, actually occurs. According to the Consumer Union (as reported in press accounts), a Union City woman had to change the date of her surgery. When it occurred, the hospital had left the network, leaving her with a $20,000 bill. A Hamburg man underwent cancer surgery at an in-network hospital with an in-network doctor. One of the surgeon’s assistants was out-of-network. This patient got a bill for $9,000.

People have confidence in their medical plan and often have some idea of what they will pay for a medical procedure or even for an emergency situation when traveling, for example.  Then, without any warning, you discover that there was an "Ooops". It seems the doctor or the facility was out-of-network and since your plan doesn’t pay for it, now it’s your responsibility. What no one told you beforehand was that the doctor would be out-of-network, that you would not be covered, and you were responsible for that extra charge.

I, along with my colleagues: Senator Joe Vitale and Assemblymen Craig Coughlin and Gary Schaer have introduced a proposal, A-4444, the Out-of-Network Consumer Protection, Transparency, Cost Containment and Accountability Act, that would target this issue. The proposal is designed to ensure fairness and transparency with regards to the out-of-network healthcare issue. What we are fighting for is an out-of-network healthcare process that is broad enough to give protection to consumers in a variety of situations that might subject them to unfair or unwarranted charges because of out-of-network medical costs.

In general, health care issues are complex and burdensome and often require an informed opinion to makes sense of them. However, I firmly believe that most people, given access to the appropriate information, are more than capable of making an informed decision. Currently, it is almost impossible for consumers to determine how costs compare among patients, insurance plans, and providers. There is a nebulous and oftentimes inexplicable variation in costs for the same procedure, and often it is hard to know what those differences are, and why they exist.

Additionally, absent a thorough and complete picture of cost and quality, it’s impossible for healthcare payers to leverage their market strength to improve the system. By making comparative healthcare quality and cost data available, payers can find the greatest value for their dollars and help cut costs across the system. Important elements of the bill include:

* Heath care facilities would no longer be able to bill patients for emergency or urgent out-of-network costs in excess of any “normal” fees. Those normal fees would include items such as deductibles, co-pays or coinsurance. Healthcare facilities would also be prohibited from billing inflated prices. (A health price index would establish an acceptable range based on actual health claim data.)

* Health care facilities would provide consumers with a written notice at least 30 days before any medical procedures that would involve out-of-network costs. The notice would provide estimated costs with a reasonable explanation for those anticipated expenses.

* An added and necessary component of the bill would be the creation of a healthcare price index. The state-maintained index would publish a report for the median prices paid for out-of-network medical costs and would limit out-of-network reimbursements.

Someone might look at the title of our bill and think, “That’s a mouthful.” Possibly, but it does capture the essence of our effort: Consumer Protection, Transparency, Cost Containment and Accountability. By publicly disclosing comparative price and quality information based on an analysis of comprehensive claims data, we can begin to reframe the debate about the cost of health care in our state. Without considering where price fluctuations exist in health care costs, it is impossible to design targeted interventions to lower those costs and improve care.

This proposal will not only provide consumers with increased cost visibility, but it will assist insurers and medical professionals in developing innovative collaborations that seek opportunities to offer quality care at an affordable price. That's my take. What’s yours?