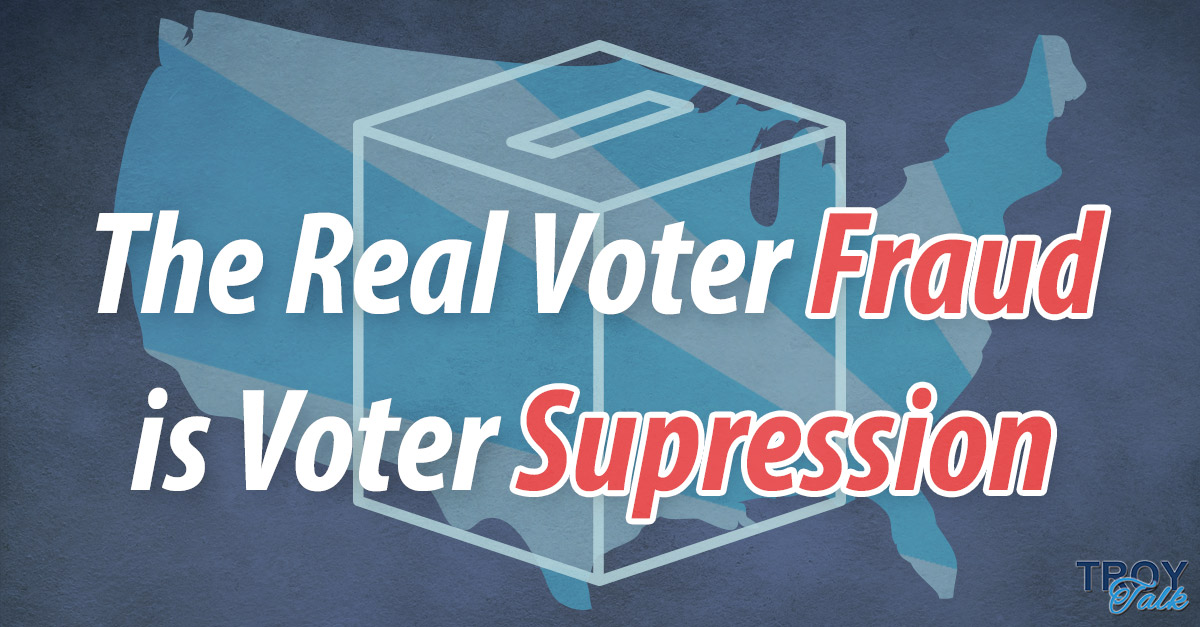 Intense and often highly partisan battles over the right to vote have gripped our nation. It is critically important to safeguard the integrity of our electoral process. However, in the fervor to achieve that goal, we must not intentionally or otherwise undermine access to the ballot box. Some in our country have tried to make exaggerated claims of voter fraud as a mask to subvert the ability of all Americans to have a say in our sacred democracy. This should chill all of us regardless of our political stripe. The price that was paid by so many for the right to vote in our country demands that we speak in a unified voice against those who seek to deny this constitutional right.

President Donald Trump has called for a “Presidential Commission on Election Integrity,” in the hopes of promoting an investigation into alleged voter fraud. Many have speculated that President Trump can’t get over the fact that Hillary  Clinton beat him in the popular vote by 3 million and this effort is an attempt to somehow change that fact. Leading the commission are Vice President Mike Pence and Kansas Secretary of State Kris Kobach, a well-known figure in the battle over voter rights.

In our own backyard, Lorraine Minnite, a Rutgers University professor and author of The Myth of Voter Fraud, said in a news interview: “I think they want to try to create whatever kind of record they think they can create for a justification to propose amendments to tighten up and require nationwide what Kansas requires with proof of citizenship. And who knows what else they would dream up to make it hard to vote.

This is a time for common speak. People who allege widespread voter fraud see that the demographics in America are changing. This transformation of the electorate has brought in younger and a more diverse electorate. Rather than let the ideas of each party serve as the litmus test of what or whom one should vote for, some are trying to create obstacles to forestall or even eliminate one's right to vote by making outrageous demands at the polls.

One example was Ohio. Another member of the presidential commission is Ken Blackwell, a Republican who served as Ohio secretary of state in 2004 and co-chaired the Bush-Cheney re-election campaign in the state. “Among other things, Blackwell first insisted that voters could not register unless they did so on super-thick 80-pound card stock, preventing thousands from signing up,” according to a news report. “Thousands more waited for up to 10 hours to vote. Democrats howled, with a Democratic congressional task force concluding that in ‘many cases these irregularities were caused by intentional misconduct and illegal behavior’ by Blackwell.”

This would seem like a bad joke making the rounds if voting wasn’t such a serious subject. Have we really gotten to the point of demanding 80-pound card stock so that you could prevent or later nullify a vote?

Voting is one of the underpinnings of democracy, and it is what has contributed to this nation’s status as the leader of democratic societies. Any effort to block, nullify or hinder one’s vote is illegal and misguided and gives sway to parochial interests over society’s greater good.

I understand something about being on both sides of an election. I’ve cast my vote as a citizen, but I’ve also been a candidate. As an elected official, including my most recent entry for the New Jersey Senate race, I am thankful for the support I have received. However, it doesn’t end with winning. I feel a special burden not to disappoint. I promised at the outset of my first campaign to work relentlessly for the good of those whom I represent. I have tried to keep that promise.

Let me close as I began. The right to vote was fought for and earned by the blood, sweat and tears of countless patriots in our country’s history. Now, we must follow the example of those brave citizens who asserted that our government ensures the right to vote now embedded in our constitution.  We must continue to uphold this sacred tenet of our democracy as it remains under attack today. The very foundation upon which that democracy is built hangs in the balance.