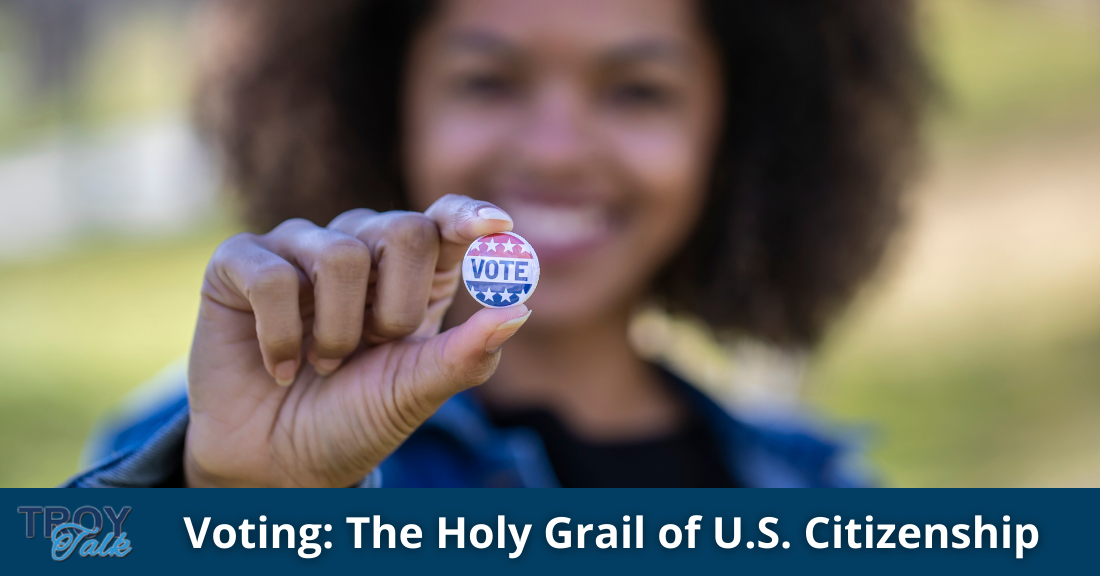 We have an important election that is closing in on us. New Jersey's primary election is Tuesday, June 7, and on Tuesday, Nov. 8, we will have our general election.

Over the years when writing this blog, my refrain has been the same, and I have never altered it. Voting is the bedrock of a democracy, and even before I became a legislator, I urged people to vote. And I have always done so without regard to one's political affiliation. I've always wondered what people think of me because of my voting credo, which advocates for everyone to vote regardless of party. The answer, of course, is that I believe in our system of free, unfettered, fair elections. And as an American, I am willing to accept the electorate's results.

Voting is one of the most fundamental displays of our American citizenship. It is the most important action, and a voluntary one at that, which provides a platform for you to express your political opinion and the direction our government should take.

And when I urge New Jerseyans to vote, I'm referring to all elections, whether they're local ones, such as for your town mayor, the school board or those for Congress. This is a midterm election year and all 435 seats in the House of Representatives and 35 of the 100 Senate seats will be up for reelection.

While Americans have generally lagged other democratic countries as a percentage of those who vote, I find it particularly frustrating because voting in New Jersey isn't difficult and designed to be accessible.

You must be a registered voter to vote. (If you are not registered, please do so as early as possible. You can register online here: https://www.state.nj.us/state/elections/voter-registration.shtml.) Once you’re registered, there are several ways you can cast your vote, including:

At Your Polling Place on Election Day

For more information about voting in New Jersey, visit https://nj.gov/state/elections

As I have noted, urging citizens to vote has been the hallmark of my legislative life. I cannot overemphasize the importance of casting your ballot. However, I wanted to bolster my words with action, which is why I have introduced Senate Bill No. 856. It would allow boards of elections to begin canvassing early votes and mail-in ballots before Election Day under certain conditions.

Senate Bill No. 856 would add timeliness and confidence to the voting process that saw significant delays last year because of the counting process. Under my bill, county boards of elections are permitted to begin canvassing each early vote no earlier than 24 hours after the conclusion of the early voting period.

Voting is a pillar of our democracy. By making the voting process more accessible to New Jerseyans, either by mail or early voting, we have strengthened one of the most fundamental rights in our country and encouraged participatory democracy to become even more prevalent.