Wage Stagnation: A Persistent March Toward The Middle-Class Summit 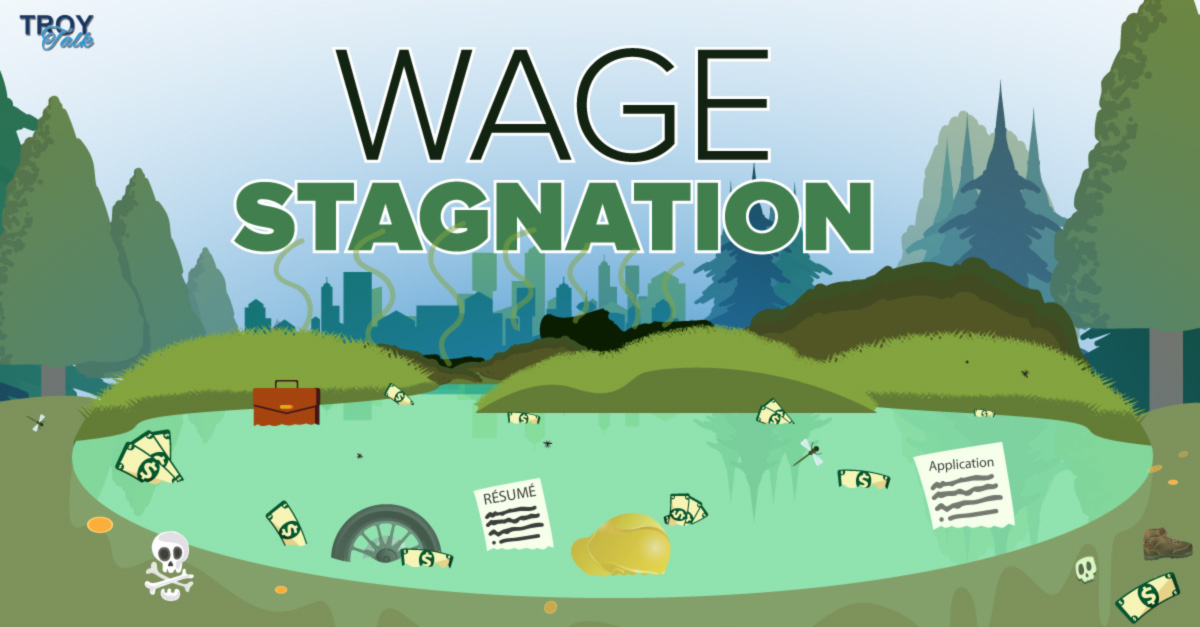 Our country's middle class continues to struggle due to an uncertain economic environment. Furthermore, there is widespread agreement across various hues of the political landscape that wage stagnation is our country's largest economic challenge. Therefore, strengthening America's middle class should be a top priority for our nation's elected officials at every level of government. While a slow and steady advance of the economy has been ongoing in recent years, it is becoming increasingly clear that hard work alone is not enough to move working families up the economic ladder.

Experts across the spectrum of economic analysis provide numerous and often detailed plans of how to fix our economic ills. Almost without exception, the issue of wage stagnation arises. It is an easy issue to understand. Workers are not keeping pace with the cost of items they must or should buy. Aside from necessities, some “costs” should include contributing to an educational savings fund for their children and retirement. Would any reasonable person suggest that these are inconsistent or ill-advised suggestions for any middle-class family?

Just how dire is wage stagnation?

“For most U.S. workers, real wages — that is, after inflation is taken into account — have been flat or even falling for decades, regardless of whether the economy has been adding or subtracting jobs,” according to the highly respected Pew Research Center.

“Cash money isn’t the only way workers are compensated, of course — health insurance, retirement-account contributions, education and transit subsidies and other benefits all can be part of the package. But wages and salaries are the biggest (about 70%, according to the Bureau of Labor Statistics) and most visible component of employee compensation.

“But after adjusting for inflation, today’s average hourly wage has just about the same purchasing power as it did in 1979, following a long slide in the 1980s and early 1990s and bumpy, inconsistent growth since then. In fact, in real terms, the average wage peaked more than 40 years ago: The $4.03-an-hour rate recorded in January 1973 has the same purchasing power as $22.41 would today.”

And the overall situation is worse for women who already earn less than their male counterparts. According to the Economic Policy Institute, “The research is conclusive: Gender wage gaps exist across the wage distribution and among workers of every education level.

The median woman worker (that worker in the exact middle of the distribution of women’s wages) is paid 83 cents for every dollar that the median man is paid. Among workers who have a college degree or advanced degree, the gap is even larger, with women being paid only 73 cents on the male dollar. Women of color face dual penalties of racial- and gender-based pay gaps; black and Hispanic women are paid only 65 cents and 59 cents on the white male dollar.” (The one bright spot in this dismal assessment is that unions have and continue to be a vital force in maintaining equal pay regardless of gender.)

It's a grim and frustrating picture, especially for the working class that would like to nudge itself into the middle class, and for those who have “arrived,” they would like to know that they will at least remain where they are.

However, there are ways to generate higher wages and meet current and future workforce demands if we make a commitment to investing in occupational and industry skills development. Countless American workers are continuously striving to move up the economic ladder, but oftentimes their education and job skills are a barrier for them earning the wages necessary to move up. In order to fully achieve this we need to create new pathways for greater postsecondary education, especially in underserved communities.

“Leaders across the political spectrum have finally acknowledged that wage stagnation must be addressed to fuel middle-class income grown and reduce income inequality,” said Economic Policy Institute President Lawrence Mishel, the co-author of “How to Raise Wages: Policies that Work and Policies that Don’t.” Unfortunately, too many people believe nothing can be done to lift wages. They are wrong. Policies can be adopted which strengthen workers’ ability to obtain higher wages.”

Some of those policies include:

While by no means is this an exhaustive list, it isn’t difficult to observe an apparent truth. There is no quick fix, but there are measured, thoughtful and fair approaches that have the potential to boost the wages of the average American. And that is a boost for all.

There is also an element of economic angst that you eliminate when you have a strong middle class that our leaders should never ignore. When a family is working, making ends meet, saving for retirement and having that little extra for something special, you have a family that is economically viable. And when that happens, you install a feeling of confidence and security both in the present and for the future. And hasn’t that always been the dream of the middle class?