What’s in a Word? 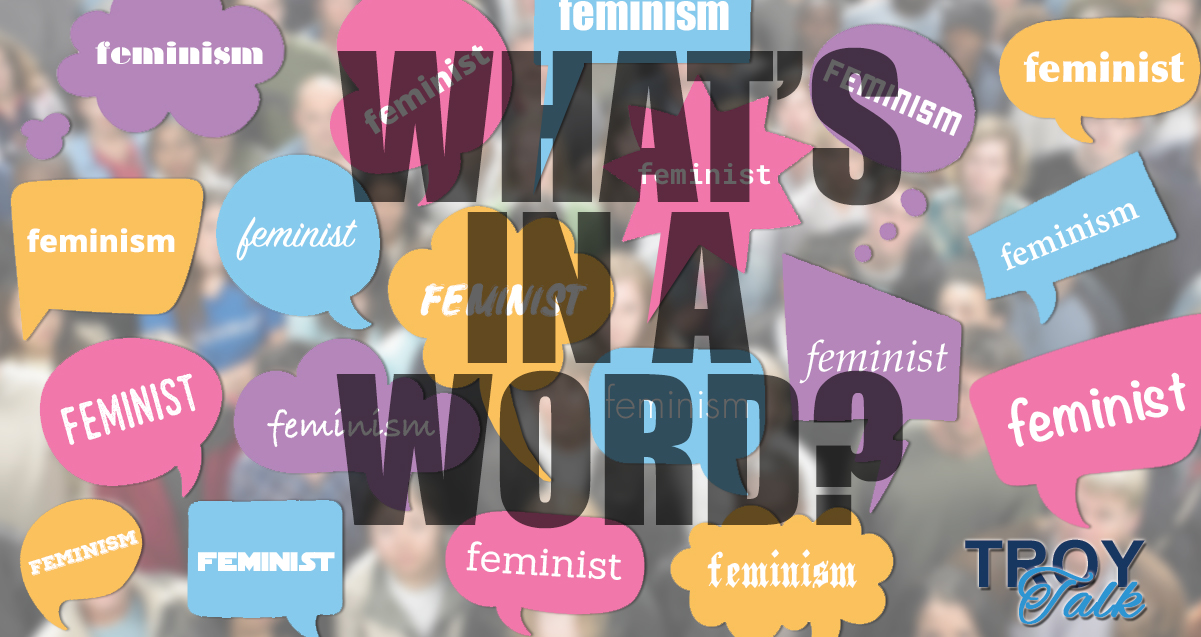 One of the earliest life lessons that my parents taught me was in the importance of the language we use in our interactions with others. So often, a word or a phrase can reshape a relationship or re-frame a moment if we are not careful in how we employ their usage. I was reminded of that lesson as I sat down to write this week and thought about the word “feminism”.

Having been exposed to many powerful strong woman over the course of my 43 years on this Earth, I believed I knew what the word meant. However, I don’t think I have fully considered what “feminism” means to me or as my parents taught me the importance of this word. I wonder if it’s the “ism” that becomes a jarring note. In some circles, it’s a proverbial red flag, used with the intention of conjuring up negative images of a stereotypical man-hating women bent on a tirade of anti-male criticism directed at men.

That’s a perception filled with fallacy. For me, feminism is about breaking down barriers and leveling the playing field. The reality as I see it is that feminists, female and male alike, seek fairness and impartiality for all, not just women. In our presumed more modestly enlightened times, most of us accept the fact that women can do every job that a man does … soldier, doctor, carpenter … the list goes on.

The mores of our patriarchal society have long stifled women’s voices and guided our country's social norms and practices to elevate men, while suppressing women for centuries. Look no further than our advertising and entertainment worlds for stark evidence of this “time honored tradition”. These notions are constantly reinforced and thus allowed to ferment in the minds of our future generations, blurring the lines between fiction and reality as it relates to gender roles and how we relate to each other.

That is why I believe it is critical for men to be an integral part of the movement toward gender equality. If the concept of feminism, which I believe is the movement toward the goal of ensuring equality for women in all areas of society, then men must be a part of the struggle. As a father raising a young woman in today's society, I cannot walk away from my responsibility of being part of this movement. In fact, working to ensure a society where gender or race is not a barrier to upward mobility is a responsibility that we ALL must carry.

Having been brought up around strong women my entire life, I know that they felt the sting of oppression by a male-dominated society. They all have shared various personal anecdotes chronicling their life experiences to me, which revealed their scars from this particular type of gender-based oppression. And as men, we sometimes do not recognize how our behavior fuels this negative culture. That is why it is important for us, as men, to be self-aware of our thoughts and change our behavior whenever we lean towards bias or discrimination based on gender.

When I view countries where gender bias is rampant, and women have little to no influence on their societies, I can only wonder how the leaders of those countries can continue to ignore the benefits and brainpower of half of their population. Embracing a truly equal society would undoubtedly enrich their culture in every imaginable way.

And if you believe that my urging isn’t applicable to you — after all, you’re not a feminist — what would your reaction be if your mother, daughter, niece were suddenly treated unfairly in the workplace? What if this person, who is dear to you, were paid less than a male counterpart even if she was equal to his skill and talent, or even better than him? I am suggesting that if you get beyond the word and examine its impact and its results, you might be more a feminist than you think.

Also, don’t delude yourself that feminism only frees women because, by its very nature and definition, it attacks gender bias on all fronts. How many professions were once considered a “woman’s job” where men dared not apply? These professions that most men either ignored or shunned? Opening yourself up to feminism helps to dispel these notions for both men and women.

Feminism and related issues are not a zero sum game. There does not have to be a winner and a loser. Indeed, who loses when we are all equal? And if we practice what most of us espouse publicly (and hopefully privately), then who could be against equality regardless of the “ism” under discussion?

The next time you think about gender roles, especially if you are male and in a position of authority, it might merit a pause to see whether there is any gender bias, however subtle, in your decision making.  The litmus test isn’t complicated but it does require a willingness to critically examine your own thought process. Start by asking yourself: Am I being fair? The answer to that simple question will help guide you in the right direction. That’s my take, what’s yours?