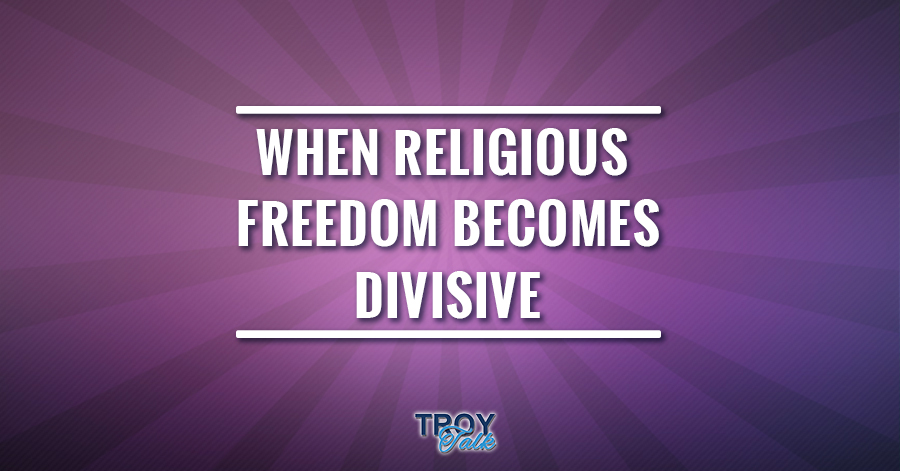 The recent national collegiate basketball championship tournament in Indiana has recently held the attention of sports fans throughout the nation. But a few weeks before the Final Four’s final game this past Monday, the fine citizens of that state watched as the media pummeled its governor, Mike Pence. He signed into law, legislation that would allow owners of businesses, because of their religious beliefs, the right to refuse services to members of the gay and lesbian community. The purpose of the bill in the eyes of many of its supporters is to strengthen the legal defense of business owners in this regard. The narrowness and pettiness of this law (with broader implications that are not petty) make one want to blink and ask: Isn’t this 2015 and you’re kidding, right?

I suppose my idealistic sense tells me that we as a nation had moved beyond the idea that anyone would really condone not serving a person(s) because of their sexual preference. Many would believe that this issue was soundly made moot after the turbulent 1960s civil rights battles. Nor would it be believed that a governmental body would pass a law that permits such a practice and then give it “protection” under the guise of religious freedom. But, I have to remind myself that the world does not always operate under idealistic circumstances and now we have the Indiana question.

That said, I honestly think that one can both support religious freedom and oppose the kind of harm that laws, like the one adopted in Indiana create. Religious freedom is not the domain of any one particular faith. It would seem inherently dangerous to place a premium on one set of beliefs over another. We all have the right to believe and practice our faith in the manner in which we choose. However, we do not have the right to legally force others to follow our beliefs or the legal justification that would cause others harm based on those beliefs. All freedoms, even in a democracy, have limits. And, if a governmental body has to put forth a law that hurts a class of people to provide evidence of its own morality or faith, then that body has no morals or faith to prove. As lawyers like to say, “It’s bad law.”

Religious freedom in the United States is one of the cornerstones of our democracy. I would argue that our religious freedom is far too cherished and important to be dealt with in such a divisive way. While these are high-minded ideals I believe in, the pragmatic side of me calls for action. This law should be repealed or the Indiana state legislature must pass a statewide law prohibiting discrimination based on sexual orientation.

It is true that this law does not specifically discriminate. However, it allows the door to swing open for that kind of prejudice to implicitly or explicitly flourish. One story gaining traction in media reports is about a pizza shop owner who will refuse to sell slices to people who are gay. What would happen if this owner claimed the same religious protection for not providing services to married couples of mixed race or people born in a particular country?

The United States has had a history of religious turbulence and bigotry. But over the centuries, we have exhibited more religious tolerance than dissent and in that process allowed every religion to flourish. Everyone, even those we dislike or distrust at a certain point in our history, could rely on our commitment to religious tolerance. But despite that commitment, we cannot allow any faith groups to discriminate against or harm others — physically or mentally — because they base their objections on tenets of their own religion.

My final point is simply this: "What should be the role of government in judging faith-based decisions made by private groups?" This takes a delicate balance, but at its essence is the notion that one's right of religious freedom should not be used as a weapon to discriminate against another. Not in Indiana and not anywhere. The actions of the elected representatives of Indiana have sparked a national debate. A debate, which we should not shy away from. I always felt that one of the greatest bonds that we have as a nation and as a people is to care, respect and protect every citizen of this country, no matter who they are and what they believe in. Last I heard, isn’t that the Christian thing to do? That's my take. What’s yours?