Why Can’t Stakeholders And Shareholders Both Profit? 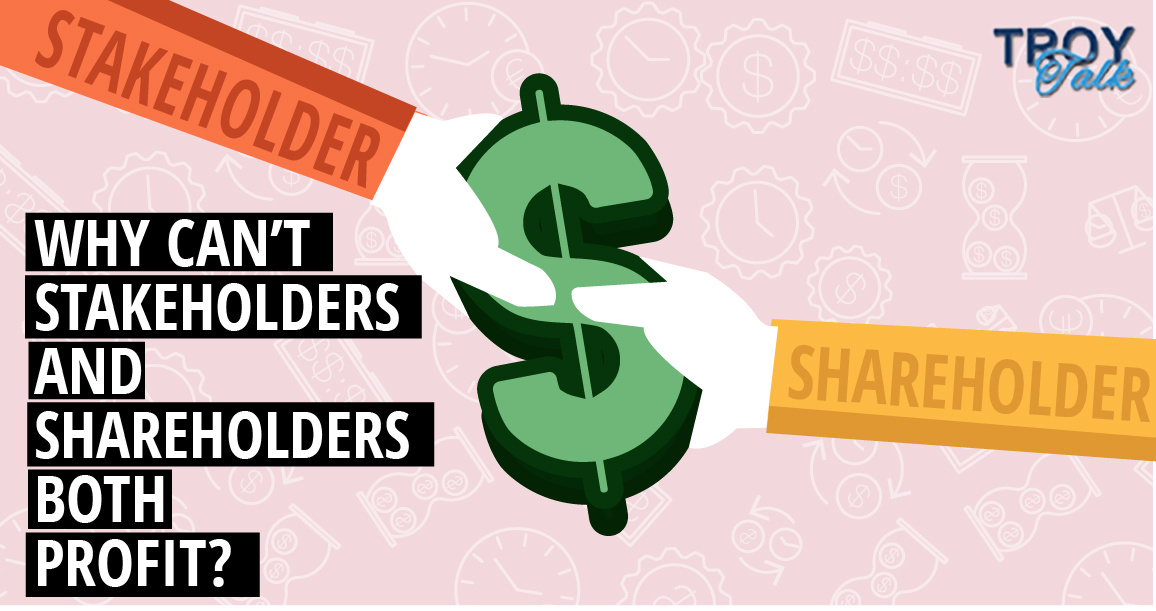 The Need For Public Benefit Corporations In New Jersey

When I was an undergraduate student at Rowan University, I recall one of my business school professors saying that a company where both stakeholders and shareholders see the company as successful is like finding the mythical unicorn. Not likely. I could see the logic of the argument but why should it be that way?

Corporate earnings have hit their highest mark since 2011, while the wage growth of workers has been sluggish at best. Recently, due to mandated income disclosures, it is evident that the disparity between CEO and worker salaries has grown to historic proportions. One study found that the median CEO now makes 140 times as much as the median employee. Even with this sobering data, trying to explain to the public why this is a concerning indicator of income inequality has been difficult.

In a perfect world, the best way to advance the economic status of workers is to offer a platform that aligns the interests of employers and their workforce. This is done by demonstrating that it is not a binary choice between promoting the economic well-being of workers and overall economic growth.

A reassessment of how we reward or tax corporations is in order especially now, as federal corporate tax rates were recently reduced. The narrative by some that this will lead to greater employment, higher wages and expanded economic growth is the textbook definition of supply-side economics and one of its main theoretical constructs, “The Laffer Curve.”  Unfortunately, data on the effects of this theory on the economy has shown the reverse to be true. Supply-side economics has led to growing deficits, increased income inequality and lack of economic growth. What we also have evidence of is that the promise of trickle-down economics has shown a far more significant reward for shareholders over workers.

However, a new movement is afoot that can be a boost for business while rewarding the workforce and the middle class. And, it can serve as the middle ground of the seemingly endless conflict between corporate profits and wage or benefit improvement (and economic stability) for the average worker.

Some states have already moved in this direction and I believe New Jersey should follow suit. I introduced a proposal that will position us in the right direction. What the initiative does by certifying public benefits corporations is that it removes the zero-sum game – a winner and a loser – between corporate profits and worker benefits. It echoes the idea that “it’s not too late to put people on par with profits,” according to Anne Kim, in a recent paper on this topic for the PPI.

According to Kim, we can distill the essence of the plan in two basic steps:

My proposal, S-2093, seeks to do this by reducing the corporate tax rate for a certified benefits corporation by 20 percent per privilege period. It would require the corporation be a certified benefit corporation as determined by the Division of Taxation. The privilege period would run parallel to a business’s tax year. The key to obtaining this special status is that the business must conclusively demonstrate to the public that it has made a “material positive impact on society and the environment, through activities that promote some combination of specific public benefit. This means that in addition to profit, a public benefit corporation must consider and then implement a plan that puts the public and the community first.”

I believe that my legislation is a step forward in providing a level playing field, which allows businesses to make a profit and workers to truly share some of the benefit (higher wages, better benefits, and training opportunities for skill development) when companies achieve those gains. That’s my take, what’s yours?