Why EVERYONE has a right to vote 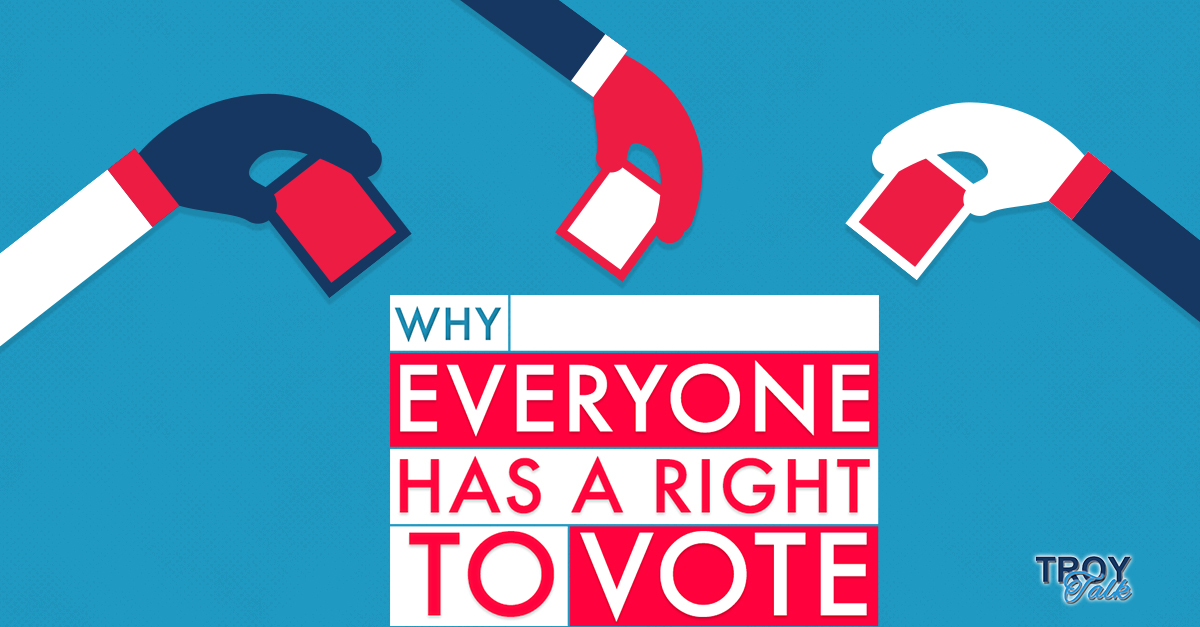 You walk up to a table, sometimes present an I.D., possibly wait in line for a minute or two, proceed to a booth, pull the curtain closed, view the choices, then cast your ballot. You voted. One of the truly great privileges of a democratic society, and one that far too many still refrain from engaging in.

But it was not always so, especially if you were a woman. Last week, we celebrated the 95th anniversary of the 19th amendment to the U.S. Constitution. The amendment, which passed Congress in 1919, was ratified on Aug. 18, 1920. This amendment, so short, is worth repeating here:

Congress shall have power to enforce this article by appropriate legislation.

The language is short, direct and perfect, but not without enormous obstacles to bringing it to fruition. Read any history of the suffrage movement in our country for women to gain the right to vote and you will see a record of zeal, idealism, suffering and legislative acumen and stamina by females who fought bravely to gain their right to vote. It began as far back as President Andrew Jackson’s administration when, “In 1838, Kentucky authorized women to vote in school elections, and its reforms were later copied by other states. Kansas in 1887 gave women unlimited rights to vote in municipal elections.” That culminated in victory 80 years later, according to the Constitutional Center.

In giving thought or thanks for one’s right to vote, this is a particularly auspicious time as the electoral process heats up. It is an unthinkable notion that I, as a husband or father, could envision that my wife or daughter (when she is 18) could be prohibited from voting based on their gender. We should forever be thankful to the suffragists and their supporters.

Yet, while I laud the efforts of these brave women, I lament the lack of interest and participation when I examine modern voting statistics. We see that in most elections, across gender lines, more than half of people who are eligible to vote do not. According to the U.S. Census Bureau’s Reported Rates of Voting in Congressional Elections: 1978 to 2014, only 48.9 percent of the eligible voters in 1978 cast a ballot, compared with 41.9 percent in 2014. (It is fair to note that voter turnout is generally less in nonpresidential election years). That said, the decline is dismal.

It’s important to remember that all these percentages reflect registered voters, which raises the alarm that millions of people in our country are potential, unregistered voters.

With the struggle that women and minority groups in particular paid to gain their rightful place in American politics, the obvious remains: Why don’t more people vote?

For most, admittedly not all, registering is fairly easy. In New Jersey, when you obtain a driver’s license, you can register. Also, it is not difficult to obtain an absentee ballot beforehand, if necessary. Yet even among registered voters, more than half fail to express this direct support of participatory democracy.

I suspect that some potential voters who do not cast ballots feel their vote just does not matter because it does not have an impact. That is a misguided perception. There is an old adage that “bad politicians are elected by good people who choose not to vote”. The act of voting is not only an expression of your opinion but demonstrative evidence of your participation and belief in the legislative process. Votes matter, and in the end, they are the glue that hold our democracy together.

It is no accident that whenever we view a country that is struggling to become a true democracy — one in practice, not just in name — a free and unfettered right to vote leads almost all other demands. Those who do not have a vote or one that is unfair understand.

I urge you to vote in every election, large and small. We are all familiar with the refrain, “life, liberty and the pursuit of happiness.” Voting, my dear friends, contributes to all of these. The women who fought for their right to vote understood this. We should too. That’s my take, what’s yours?