Why You Don’t Labor on Labor Day 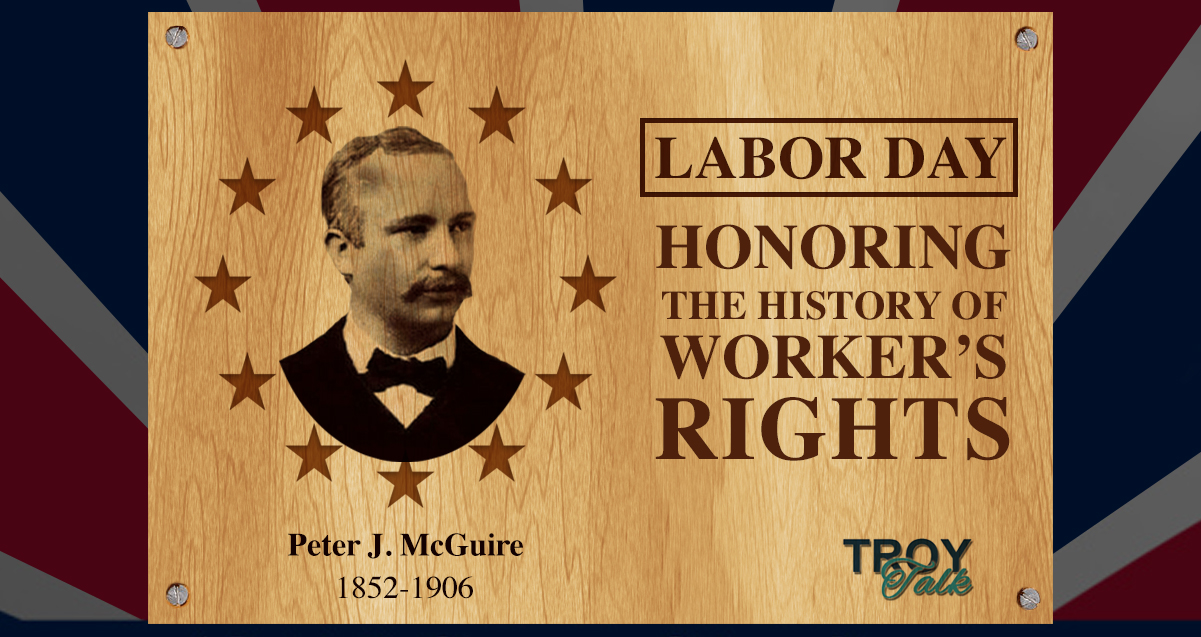 On Monday, we will celebrate Labor Day. For many, it represents the “unofficial” end of summer. The day that follows this holiday also signals a return to numerous classrooms. Labor Day remains a punctuation date that some welcome and others treat with a touch of regret.

It is also a worthwhile time to remember why and how we have come to a point that we celebrate Labor Day, because it appears to be one of those holidays that we take for granted. “Why Labor Day?” could be a quiz question that many might fail if they had to answer with something more than it’s about “workers."

The reality is that Labor Day has a history and meaning that are important to all. Peter J. McGuire, the son of Irish immigrants, a carpenter and labor leader, helped establish the Labor Day holiday. And it was for all workers, whether or not they worked in the trades. McGuire, I should mention, also helped gain acceptance for the eight-hour workday and the five-day workweek. He was also the founder of the United Brotherhood of Carpenters and Joiners of America in 1881. (Less well-known is that he also helped promote the first Bureau of Labor Statistics in the United States.)

I raise the name of Peter J. McGuire in this brief history lesson because the passion of his life — standing up and fighting for the rights of workers — had a momentous impact on our country, and yet much of these gains seem so commonplace today that sometimes it appears as though we take it for granted. For example, who in today’s working world wouldn’t consider an eight-hour workday or a 40-hour work week “normal”?

As Americans, we remain fortunate that we have a reason to celebrate our Labor Day gains, though, admittedly, we still have issues with which to contend such as income inequality, unfair labor laws and unsafe working conditions. Labor Day was established in 1894, nearly 125 years ago. Yet today, in the 21st century, many people do not have the same work-related protections we have and certainly no Labor Day.

What became of Peter J. McGuire? Well, he’s New Jersey’s own. He died in Camden in 1906 and is buried, with a suitable monument, in Arlington Cemetery in Pennsauken. In 2015, he was the first labor leader inducted into the New Jersey Hall of Fame, sharing the company of Thomas Edison, Clara Barton, Albert Einstein, Toni Morrison, Grover Cleveland and Thomas Paine.

What would Peter J. McGuire say about Monday’s Labor Day? I honestly don’t know, but I suspect he might say something like: “Enjoy it, because you earned it.” That’s my take. What’s yours?