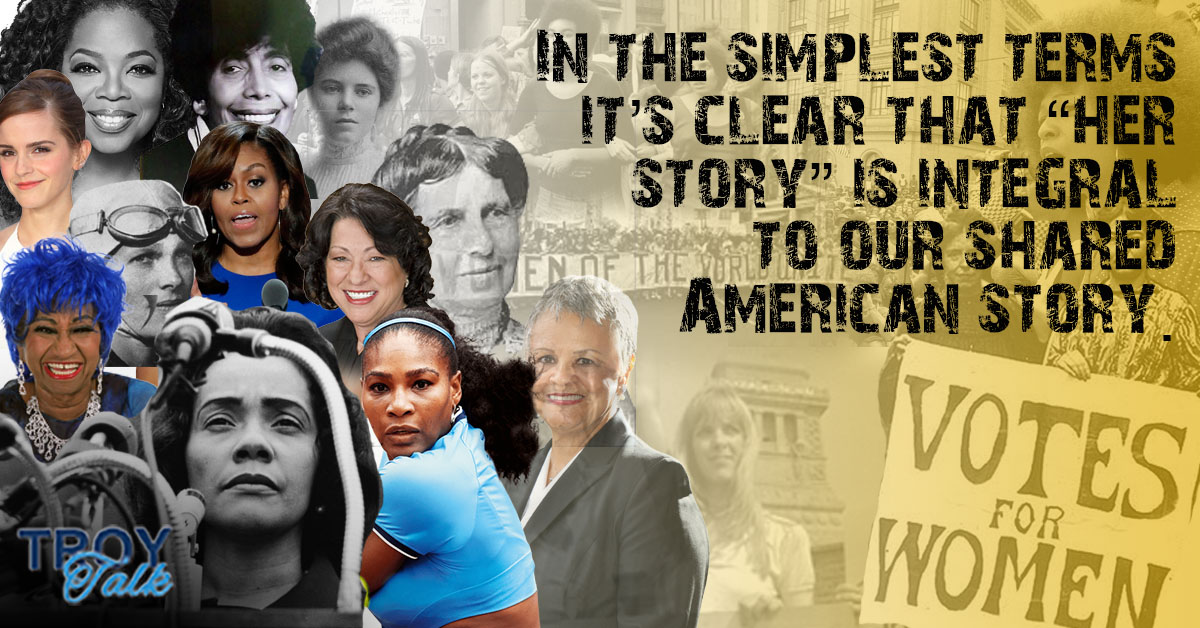 In my blogs, I often refer to days, weeks or months that have special significance to us as New Jersey residents and as Americans. This month, Women’s History Month takes front-page status because of its importance.

Some readers might wonder -- who decides the degree of importance, in this instance, of Women’s History Month? Consider this: “The Library of Congress, National Archives and Records Administration, National Endowment for the Humanities, National Gallery of Art, National Park Service, Smithsonian Institution and United States Holocaust Memorial Museum join in commemorating and encouraging the study, observance and celebration of the vital role of women in American History.” I believe that is a huge exclamation point about why Women’s History Month is so important.

If you want to learn more — and you should — visit the Women's History Month site for fascinating examples of women’s contribution to our history. And when looking for women who have stood tall, we don’t have to look any further than here in New Jersey – specifically Burlington County – because we have greatness close to home.

Born in 1821 in Massachusetts, Clara Barton moved to New Jersey while in her 20s. During her nine years as a teacher in Bordentown, she created New Jersey’s first free public school, based on her belief that education should be available to everyone. Attendance grew to 600 students under her leadership.

With the start of the Civil War, Barton’s tireless work as a wartime nurse earned her the title “Angel of the Battlefield.” After the war, she founded the American Red Cross and devoted much of her later life furthering the rights of women. A teacher, nurse, activist and humanitarian, this famous New Jersey resident was one of the most decorated women of all time when she died in 1912. If you’re ever in the Bordentown area, you can still visit the Clara Barton School House on Crosswicks Street.

There is also Alice Stokes Paul, the architect of some of the most outstanding political achievements on behalf of women in the 20th century. Born Jan. 11, 1885, to Quaker parents in Mount Laurel, New Jersey, Alice Paul dedicated her life to the single cause of securing equal rights for all women. She founded the National Woman’s Party in 1914 and led the first picketers to the White House gates in the name of women’s suffrage. When women won the right to vote in 1920, Paul turned her focus to the Equal Rights Amendment (ERA) which she authored in 1923. She worked for women’s rights internationally and founded the World Woman’s Party in 1938 with its headquarters in Geneva, Switzerland. Paul then succeeded in getting a sexual discrimination clause written into Title VII of the 1964 Civil Rights Act.

She lobbied Representatives to pass the ERA from her wheelchair in a nursing home in Moorestown, until her death in 1977. Though the ERA is waiting for ratification, her legacy lives on through the work of the Alice Paul Institute (API). Based at her childhood home, Paulsdale in Mt.  Laurel, N.J., API’s educational programs, tours and events fulfill its mission to preserve Alice Paul’s legacy to develop future leaders.

For more examples, visit the New Jersey Hall of Fame and explore the significant contributions of other women in writing our state’s story.

There are also other women in our lives who might not have the prominence as the aforementioned, but who are “hall of famers” to us in their own way. I’m referring, of course, to our mothers, grandmothers, aunts, sisters, wives and special friends who helped make us better people. I have been blessed to have too many to name who have shaped my maturation as a man and public servant. For each one, I am grateful beyond words that they thought me worthy enough of their time, mentorship and guidance.

Finally, I believe that we honor women this month because it is impossible to ignore the indelible mark and countless contributions of women to our country’s history. To do so would be to ignore the very existence of America and the foundation upon which our nation has been built. So as today marks International Women's Day, let us be abundantly clear that “her story” is integral to our shared American story. That’s my take, what’s yours?