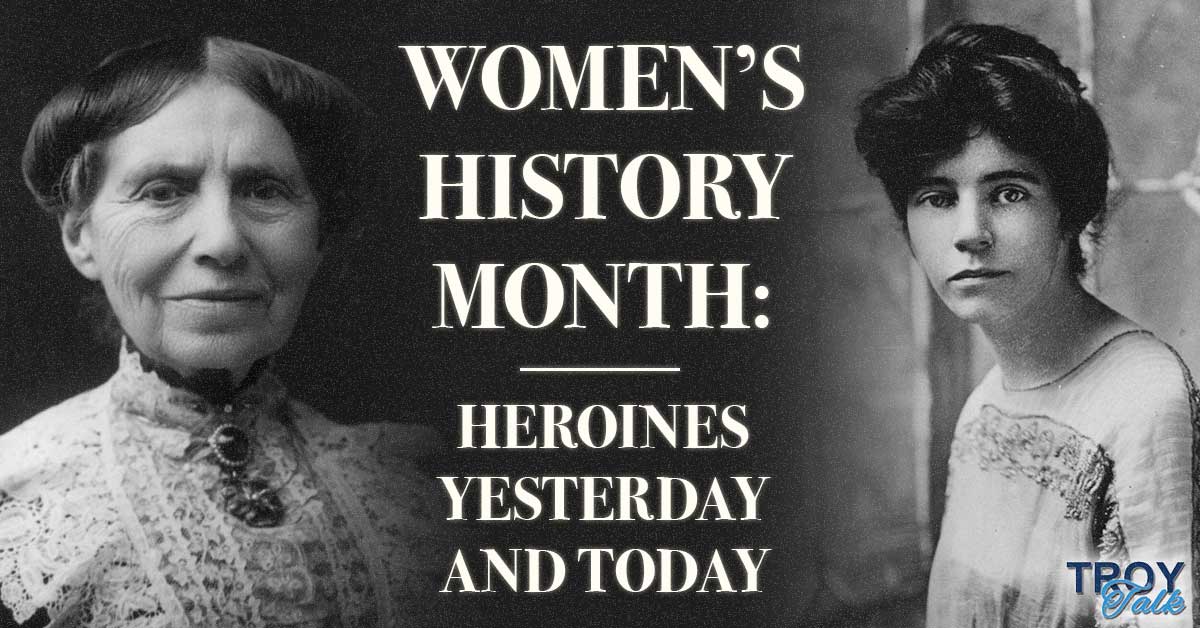 In recent decades, we have made much about gender equality in the home, the workplace and even our culture, from entertainment to sports. This has been a positive trend and an appropriate one. However, I can’t help but believe that our perception of women’s role in history is marked as much by their absence as it is celebrated for their achievements.

Women’s History Month helps to set the record straight. It is the perfect time to reflect, honor and learn about women in the past who were the proverbial “voice in the wilderness,” who accomplished so much, yet which history often neglected or ignored. Until now, of course.

This celebration began as a minor event celebrated by a school district of Sonoma, California. But the public perception for the need to recognize the accomplishments of women spread throughout the United States and led President Jimmy Carter to awarding it official status.

What’s important about Women’s History Month is that you have the opportunity to learn about women whom we should rightfully regard as our heroines. And we see many examples among our wives, sisters, daughters, grandmothers, aunts and friends. You just have to look.

And you can begin by examining the lives of our own Clara Barton and Alice Paul.

Clara Barton was born in 1821 in Massachusetts but moved to New Jersey when she was only 21. In our backyard of Bordentown, she spent nine years as a teacher, creating the first free public school in New Jersey. We now take this concept for granted, but it was a radical if prescient idea in her day because she had a simple yet profound conviction: Everyone should have access to education. (Her school would eventually grow to 600 students.) Barton left education for Washington, D.C., and became one of the first female clerks in the U.S. Patent office and one of the first women in government service to receive equal pay with her male counterparts.

Then her greatest triumph came when she nursed soldiers during the Civil War and subsequently, in 1881, started her most memorable and lifelong project: creating the American Red Cross.

There is also Alice Stokes Paul, who was born Jan. 11, 1885, to Quaker parents in Mount Laurel, New Jersey. If there is a special prize for being single-minded, it must belong to Alice Paul, who dedicated her long life (she died in 1977) to the cause of gaining equal rights for all women. She founded the National Woman’s Party in 1914 and led the first picketers to the White House gates in favor of women’s suffrage. After securing voting rights, she authored the Equal Rights Amendment in 1923 and continued to promote equal rights for women internationally. She played an essential role in getting a sexual discrimination clause written into Title VII of the 1964 Civil Rights Act.

While we still wait for the ERA’s passage, Paul’s legacy remains through the work of the Alice Paul Institute, at her childhood home, Paulsdale in Mt. Laurel. It now offers educational programs, tours and events to fulfill its mission to preserve Alice Paul’s efforts by developing future leaders. It is worth a visit (https://www.alicepaul.org). And, to further commemorate her achievements, I have introduced Senate Joint Resolution 60, which designates January 11 of each year as “Alice Paul Day” in New Jersey. I am proud that this resolution has already passed the Assembly and the Senate Judiciary Committee.

I think an appropriate assessment of Clara Barton, Alice Paul and similar women is that just because females have had less attention (both culturally and historically) paid to them and their achievements, it doesn’t diminish the sacrifice, effort and bravery they have demonstrated. Let’s never forget that in their struggles they never sought superiority over any group. They were only seeking equality for all. And that alone might have represented some of their finest contributions to our country.