Would New Jersey Benefit From Police Officers Being College Educated? 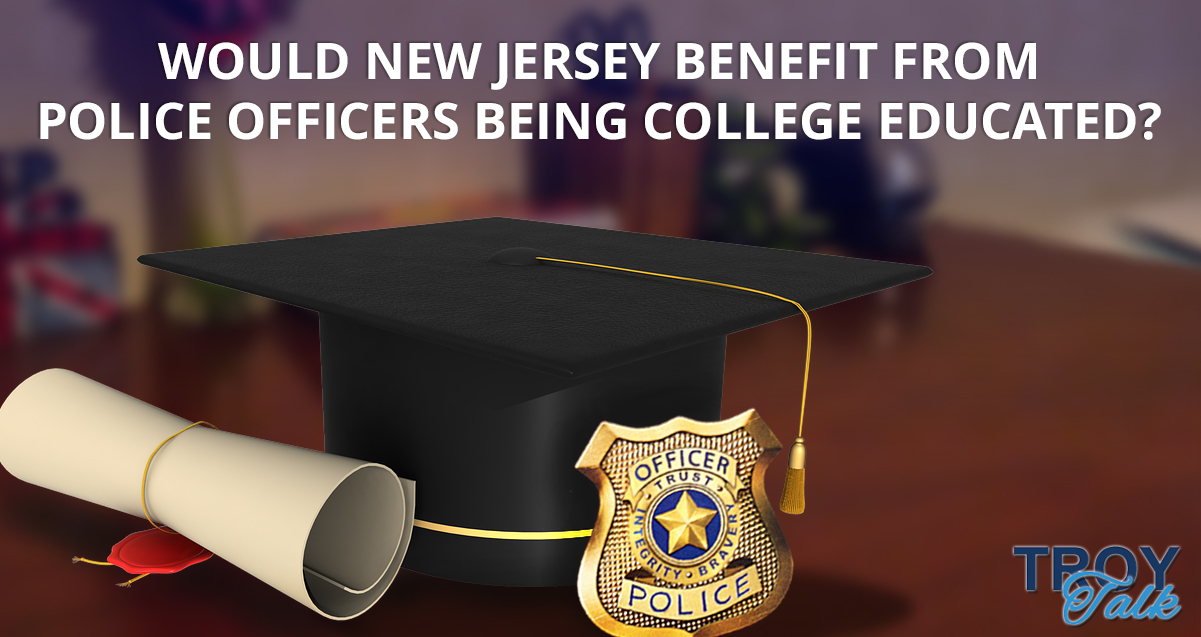 Should police officers be required to have college credits or a degree? The Wickersham Commission and President’s Commission on Law Enforcement and Administration of Justice recommended that higher education is a means to better professional policing. Research studies show police officers who have earned a college degree demonstrate better overall job performance and have greater advancement opportunities than their colleagues without a college degree.

While I am not unequivocally saying that substituting higher education solely for street experience is the right way to go, the research on this matter really opened my eyes. Studies have shown that more educated officers are likely to make better decisions when dealing with confrontations. Seeing that in varying parts of our nation, citizens are dealing with more contentious interactions with law enforcement, it seems like it is worth taking a closer look to see if the correlation really exists.

As law enforcement continues to evolve and change, one could argue that today’s police departments could benefit from a more educated group of men and women on the frontlines of leading change in an evolving, technologically-directed society. As social media and press accounts have caused more people to turn their attention to police officers in the performance of their duties, the research indicates that more formally educated police officers will tend to act with more discretion, tolerance and restraint when confronting resistance. The research contends that as our law enforcement community expands their education, they only enhance their value as police officers and become a greater contribution to their respective departments and society.

While police must face serious confrontations in real life, especially in high crime areas, the policing of today “is much more about the social work than it is law enforcement,” according to William Terrill, a Michigan State University professor of criminal justice. “It’s about low-level disputes, dealing with loiterers and so on.” He suggests that police officers with a background in psychology, sociology and other college degrees might be better prepared to deal with these issues.

Terrill’s study, the most comprehensive look at the effects of higher education in policing, says, “If you use less force on individuals, your police department is going to be viewed as more legitimate and trustworthy, and you’re not going to have all the protests we’re having across the country.”

The evidence is beginning to mount that a police force which has officers who are more attuned to the broader spectrum of issues they confront and the diversity of the citizens they meet is one that communities should look to develop. In my opinion this does not always have to mean having a college degree. It also speaks to how many police forces, especially here in Burlington County, are evolving with respect to the type of recruitment and training programs that are being directed towards their officers. I do believe that seeing the broader picture and the context of how and why contentious situations arise, might help those in law enforcement to handle situations in a manner that does not cause the situation to escalate for the officer or the person or persons they confront.

The Impact of a College-Educated Police Force: A Review of the literature by Rebecca L. Paynich, Ph.D., provides summary points in a paper she issued. They include:

The debate on this topic is likely to continue, as law enforcement and the communities that they serve seek to find the proper balance in modern policing. It is hard not to reflect on how some circumstances and the perceptions of law enforcement might be different today if there was a higher minimum standard necessary to become a police officer. That said, the men and women who place themselves in this noble profession deserve our support and admiration for taking on this role. They also warrant us to constantly examine how policing is conducted and officers trained to ensure that the idea of “to serve and protect” always represents the interests of the community and not just themselves. That’s my take, what’s yours?